President Emmerson Mnangagwa on Friday announced that his administration would introduce a new currency by year end, a development that is expected to bring to an end the current multicurrency regime which was introduced in 2009 to tame runaway inflation. While the dollarization of the economy in late 2008
restored macroeconomic stability after hyperinflation, the economy deteriorated sharply after 2015 with high deficits financed through the issuance of quasicurrency instruments from the Reserve Bank of Zimbabwe (RBZ). 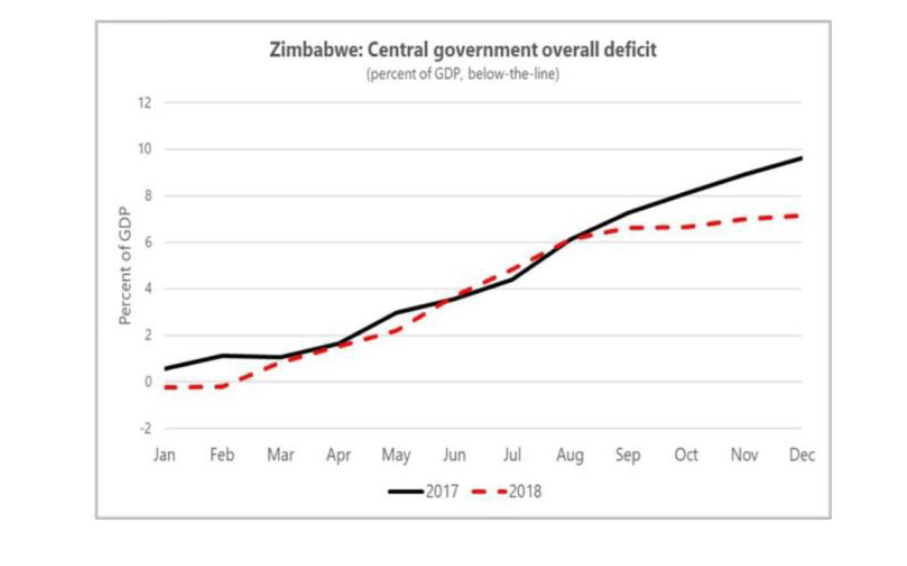 After running fiscal deficits of less than 3 per cent of GDP between 2008 and 2015, the fiscal deficit jumped to 9.9 per cent of GDP in 2017, driven by current expenditure increases, especially agricultural subsidies and spending on goods and services, with the wage bill remaining unsustainably high. Revenues also
declined as a percentage of GDP as the commodity cycle reversed. Fiscal deficits were mostly financed through monetary accommodation by the issuance of domestic quasi-currency instruments, comprising bond notes and coins as well as RTGS$ bank balances. The President’s remarks attracted mixed feelings as
the Southern African nation seeks a long lasting solution to the on-going currency crisis. The debate rages. What is particularly interesting is that Mnangagwa’s plan has also pushed exchange rates on the parallel market. Premiums on the parallel market rose to 8.4x from 8x for the local RTGS$ against the US dollar
following the news. Movements on the foreign exchange market have over the last few months piled inflationary pressure on business whose pricing is now determined by the foreign-exchange market. Official figures show that annual inflation in April stood at 75.6 per cent and will maintain this upward trend throughout the year. 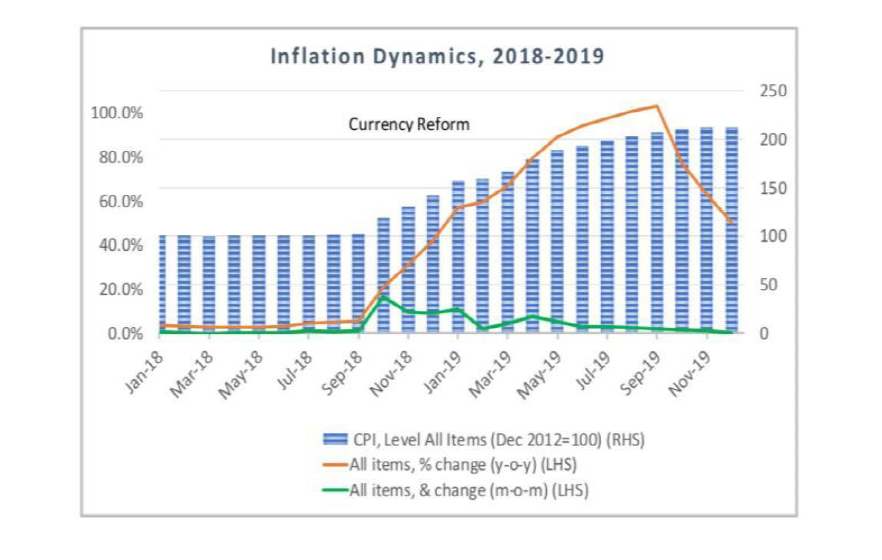 As Econemeter Global Capital, we see this figure rising to 280 per cent by year-end mainly driven by foreignexchange movements on the market and subdued output in the real sector. While having a domestic currency is good for a sovereign state like Zimbabwe, the timing of such a monetary reform should be contextualized. In hisMonetary Policy Statement in February, central bank governor John Mangudya liberalised the foreign exchange market as part of its steps to embark on monetary reforms which should anchor any new currency. The IMF says currency volatility has been the major driver for inflation in Zimbabwe.
“Risks to the outlook remain titled to the downside and include factors both within and outside the authorities’ control. Policy slippages or interference by vested interests could impede on-going efforts to have market-determined exchange and interest rates,” IMF said. Apart from the currency developments, the
emergence of cartels has also been cited by government as one of the drivers of inflation. After promising to ring-fence bank balances through a $1bn facility from the African Export-Import Bank, government made U-turn when it announced that bank balances would be traded on the interbank market. Resultantly savings were wiped out due to the monetary reforms. The ensuing discord between the Finance minister and Reserve Bank of Zimbabwe governor John Mangudya was a PR disaster for government. Low confidence in the financial services sector is the collateral damage. As long as productivity remains subdued and business activity continues to be depressed, any talk of introducing a new currency could unnerve the markets and drive inflation to new records in a postdollarized environment.