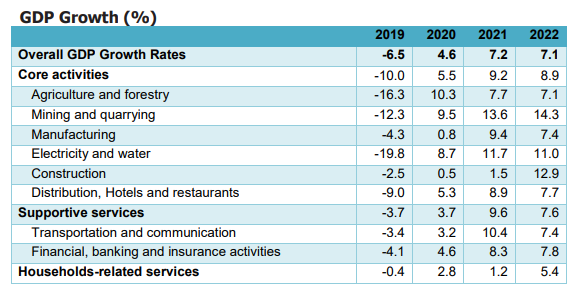 Finance minister Mthuli Ncube has released the 2020 Pre-budget Strategy Paper which will shift from the current thrust on austerity to productivity.

He said building on the accomplishments of the ongoing reform agenda, the thrust of the 2020 National Budget is to transition from austerity policy position to supporting growth and productivity, without compromising medium to long term fiscal sustainability. For many Zimbabweans, the term austerity has become a synonym for belt-tightening measures and hardships.

According the Finance minister, the economy is, therefore, projected to underperform by as much as -3% to -6% in 2019. The sectors projected to slow down include electricity and water, agriculture and mining, with all other sectors being also affected through close linkages.

We welcome remarks by the head of treasury to focus on productivity but we found it amiss that the strategy paper does not spell out which sectors government had identified as champions for economic growth.

The manufacturing sector is doldrums and requires more investment to replace antiquated equipment. In fact some companies continue to use technology that were used in the 1970s which consumes a lot of energy and is not as efficient as modern technology. Hence this leaves mining, particularly gold as the subsector which should anchor growth.

Capacity utilisation of the manufacturing sector was estimated at 48.2% in 2018 and is projected to have declined below 40% during the year 2019 owing to challenges of foreign currency and energy shortages, among others.

The capital intensive mining sector requires more than US$5bn to recapitalise, according to industry experts but the abundance of gold and the relatively low production costs makes bullion production, the focal point. 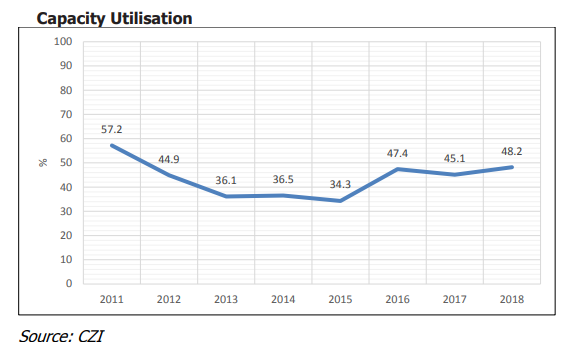 In focusing on productivity, government should also focus on export oriented industrialisation. Ncube’s strategy paper attributes the slowdown in economic activity to low foreign currency reserves, electricity and fuel shortages which have crippled industry operations. Ncube said with improved productivity hinged on economic and political reforms, the economy is expected to grow by 4.3 percent next year.

Turning to inflation, inflationary pressures, during the first half of 2019, kept the month on month inflation relatively higher than the TSP targets. The pressure has been emanating from previous year’s high money supply growth, driven by huge fiscal deficits.

It is our view that money supply growth will continue despite assurance by Treasury that it will be contained. In this strategy paper, Ncube admits that government remains the biggest financier of agriculture, a development that has contributed to budget deficits.

Over the past few weeks the Reserve Bank of Zimbabwe has been issuing a lot of debt instruments in the form of Treasury Bills. The issuance of TBs coincides with the onset of the summer cropping season. Treasury is also facing wage demands from the public service whose monthly incomes have been wiped out by rising inflation