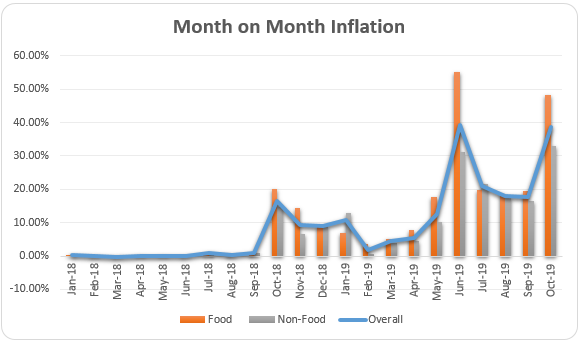 Government has plans to overhaul the country's interbank foreign exchange market amid concerns that the current system is fraught with irregularities.

For central bank authorities, the move is an admission that the interbank market which was introduced in February is not very efficient.

Nearly 10 years after the introduction of the multicurrency system, the adoption of the interbank foreign exchange system effectively devalued the local currency which was initially pegged at par with the United States dollar.

While the liberalisation of the foreign exchange market was a step in the right direction, we continue to argue that the decision was ill-timed and not backed by the right fundamentals.

The foreign exchange policy has failed to deal with the economic crisis as Zimbabwe’s current account remains in a precarious position. The greenback has remained an elusive commodity and increasingly some formal businesses are relying on the parallel market to meet their foreign currency demands.

The official rate on the market as at close of business yesterday the interbank rate stood at 16:1 against the black market rate of as much as 22:1 against the greenback.

According to the central bank some banks are selling foreign currency at ZWL$30 for US$1, which on one hand speaks on manipulation of the system and supply side gap on the other hand.

With the new interbank market, the government expected it to provide significant positive effects on the economy and domestic production, which is currently very low.

Zimbabwe’s economy has been on a serious downturn in the past two years - being ravaged by hyperinflation, cash shortages, and fuel and electricity shortages.

The southern African nation has also missed several of its macroeconomic targets. The government has been targeting an economic growth rate of 3.1% by the end of 2019. But there is economic recession, and the economy is expected in fact to contract by 6.5% this year. There is runaway exchange rate volatility when the government was targeting inflation to be around 5% by year-end. With annual inflation hovering around 400 percent, a rebound in 2020 is highly improbable. Let us go back to the basics.