Of accounting boobs and the aftermath 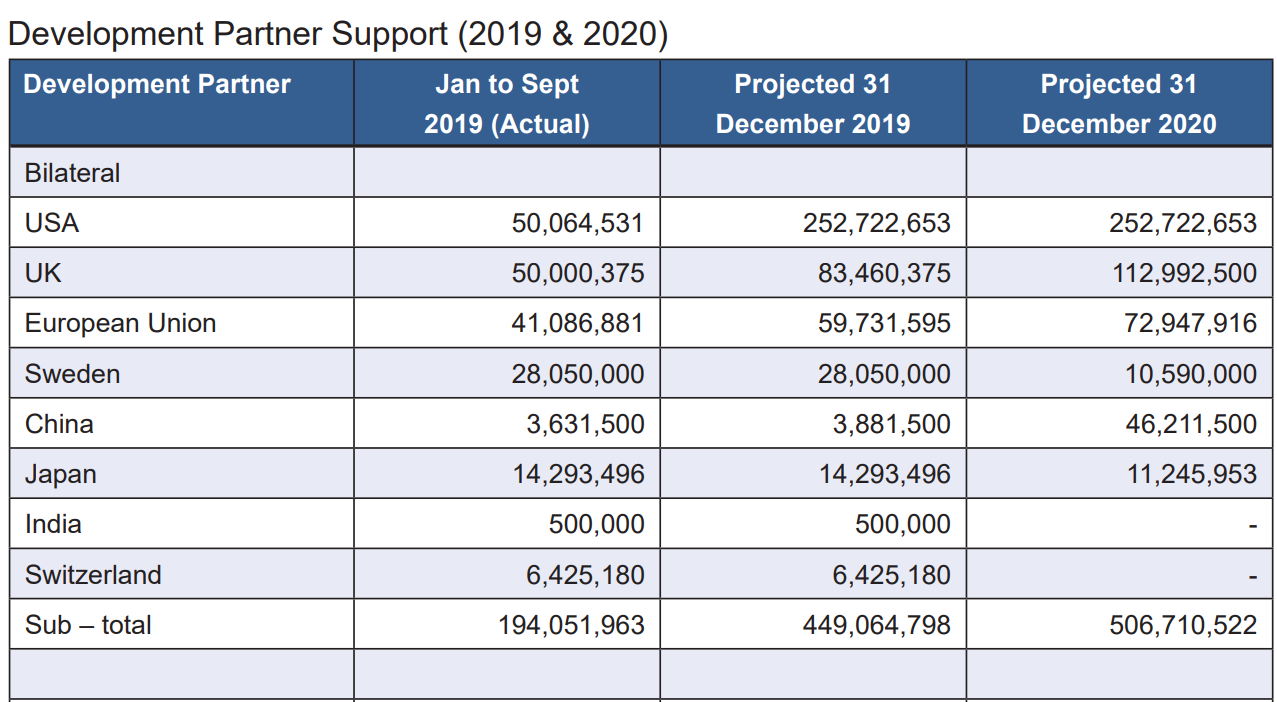 Zimbabwe stated that it had received US$3.6 million in development support from China from January to September. China disputed this figure saying it had provided US$136.8 million during the period under review and that does not include the other bilateral support such as the expense of expert assistance and the embassy’s aid to vulnerable groups.

Left with an egg on her face, Zimbabwe through the Information ministry promised to “establish the common accounting position” regarding the matter. A few days later Finance minister Mthuli corrected the position.

But the question is ‘was Ncube error by default or not’. If one takes the conspiracy theory and Zimbabwe’s current international affairs, the answer could be ‘yes’ the error was designed to undermine China’s role in Zimbabwe. The next logical question would be why?

Ever since his appointment as Finance minister, Ncube has bragged on how he has ticked the bosses in pursuit of Zimbabwe’s economic reform agenda. In other words—he has taken every opportunity to remind Zimbabweans how Brettonwoods institutions like the International Monetary Fund and the World Bank have been pleased with Zimbabwe’s reforms, notwithstanding the hardships that many have endured.

Austerity measures introduced late last year and cuts on public expenditure among other raft of changes to the public finance management system are but some of the measures which institutions prescribe on developing countries in debt distress. Zimbabwe has been in this road before and appears to be retracing its steps.

Zimbabwe defaulted its payment of arrears owed to international financial institutions such as the World Bank, International Monetary Fund and the African Development Bank in 1999 and new allies had to come to its rescue at the turn of the century.

China, at the turn of the millennium renewed relations with Zimbabwe to counterbalance western isolation. It became the biggest buyer of flue-cured tobacco from Zimbabwe, invested in multi-million dollar infrastructure projects such as the upgrading of the Joshua Mqabuko Nkomo airport and provided military hardware to Harare.

Unlike the western bloc, China has over the years adopted a policy on non-interference on domestic affairs of sovereign states. The latest accounting boob became a first. We are of the view that the world’s second largest economy sees a shift in Zimbabwe’s foreign policy under the Zimbabwe is open for business thrust. This shift would translate in western countries positioning for natural resources in Zimbabwe. It is a reality that that there is no morality in foreign policy—that is helping a friend for the sake of it.

The international political system is about interests—a contestation of finite resources mainly exploited from the developing countries often known as periphery nations.

On the flip side, last week’s bleep could also be taken as just an error. After all to err is human. The world is watching.