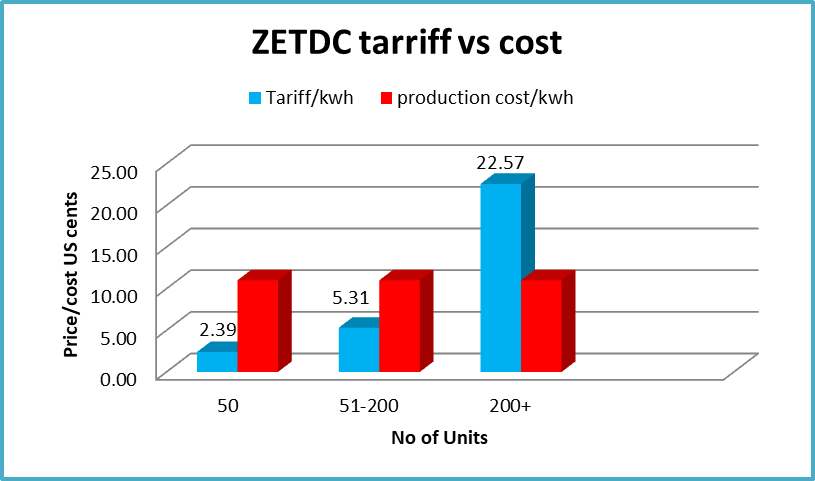 The government will deploy significant funding to the country’s power utility, ZESA, as part of efforts to extricate the troubled company from a crisis.

Finance Minister Mthuli Ncube said, the government has decided to pursue a proactive strategy in helping ZESA. Under the new plan, the government will inject fresh capital into ZESA in the first quarter of 2020.

However, Ncube did not disclose the magnitude of the funds to be disbursed to support ZESA raising red flags on whether the government is really committed to solving the matter and if they really have capacity to do so.

ZESA, which is choking under the weight of huge foreign debts, has been failing to maintain most of its ageing thermal power stations. This at a time the country’s main source of power, the Kariba Hydro Power Station is operating at under a third of its installed capacity due to a severe drought, coupled with obsolete infrastructure at its power plants.

Zimbabwe has a daily peak demand of 1,800 megawatts (MW) but according to the ZPC (Zimbabwe Power Company) generation is slightly over 300 MW from its five power stations.

The Kariba power plant, which has over the years been the biggest and most reliable source of electricity for Zimbabwe, has capacity to generate 1 050 MW but is now generating an average of less than 400MW.

Hwange the second largest source of power is currently generating 147MW out of the 920MW capacity. Other power stations Bulawayo, Munyati and Harare which have capacities of 90MW, 120MW and 25MW respectively are currently unproductive.

This has resulted in local firms, who have now turning to diesel powered generators. The manufacturing sector is relying much on this most popular alternative, generators are expensive to run with diesel prices having shot up this week to ZWL$19.55, yet still limited in supply. Most companies have minimised their operating hours which has curtailed their production capacity.

The government licensed over 30 independent power producers (IPPs) and the only challenge is country risk. People are not able to attract any financing for these projects stalling progress on getting proposed projects off the ground as heavy capital outlays are required.

Zimbabwe is facing acute foreign currency shortage which is one of the main reasons why IPPs are failing to implement their projects. Some of the IPPs, who were given licences five years ago, are yet to add electricity on the country’s national grid amid concerns that they could be holding onto the licences for speculative purposes.

Previously, the government expressed frustration over the failure by IPPs to implement their projects, years after they were licenced to construct power stations.

Based on the latest ZETDC tariffs, it is only customers who buy more than 200 units who pay a cost-reflective tariff. (See graph at the top)

Therefore, the power authorities can only depend on corporates, industry and some mines paying in foreign currency to cover the loss emanating from the situation.

Zimbabwe is currently facing its most severe power crisis in decades, with manufacturing companies and households going for up to 18 hours a day without electricity, putting the country’s economy at risk of further decline.

Despite it being an austere measure on ordinary citizens, charging the cost-reflective price is vital to ensuring that ZESA operates efficiently and autonomously.