The country’s ruling surpassed the 29-seat threshold needed in the national assembly to secure the presidency.

Masisi who crossed swords with an opposition party supported by his predecessor has a solid record and is popular with business and farmers.

The BDP has ruled Botswana since independence from Britain in 1966 and the country has enjoyed stability and prosperity based on its diamond resources.

Wednesday’s election posed its first genuine challenge in its five decades in power after former president and political heavyweight Ian Khama fell out with Masisi, his hand-picked successor, and backed the opposition Umbrella for Democratic Change (UDC).

However, UDC leader Duma Boko failed to put an end to BDP rule. By Friday morning, BDP had secured 38 of the national assembly’s 57 seats.

The UDC, secured 15 seats while the Botswana Patriotic Front won three and the Alliance for Progressive only one, according to the state broadcaster. In the 2014 election, the BDP had 37 seats.

BDP’s victory came in as sweet music to President Emmerson Mnangagwa’s administration which has lately been enjoying a cordial relationship with Gaborone. Masisi’s predecessor, Khama had a hostile foreign policy on Harare during his tenure and tension rose between the two countries borders whenever livestock from Zimbabwe strayed to the neighbouring country.

The story of Botswana’s economic growth can be used as a prototype on how good governance can manage the resources of a country. Endowed with vast diamonds resources the Botswana government entered into a joint venture with South Africa’s De Beers to form Debswane—an entity that has transformed the lives of many.

Starting from a very low base, Botswana has had amongst the most impressive growth figures in the world and has pursued policies that reflect aspects of the developmental state model.

This party has pursued capitalist policies, even during its early days in power when most of its African peers followed the socialist model.

Both the growth and developmental record of independent Botswana has been impressive and Botswana (along with Malaysia) has, according to the UNDP, made the “most” progress in human development since 1960.

From being one of the poorest countries in the world at independence, Botswana has enjoyed rapid economic growth and is now classified by the World Bank as an Upper Middle Income country, with a per capita GDP of more than $6000.

Zimbabwe can only take a leaf from such a story. 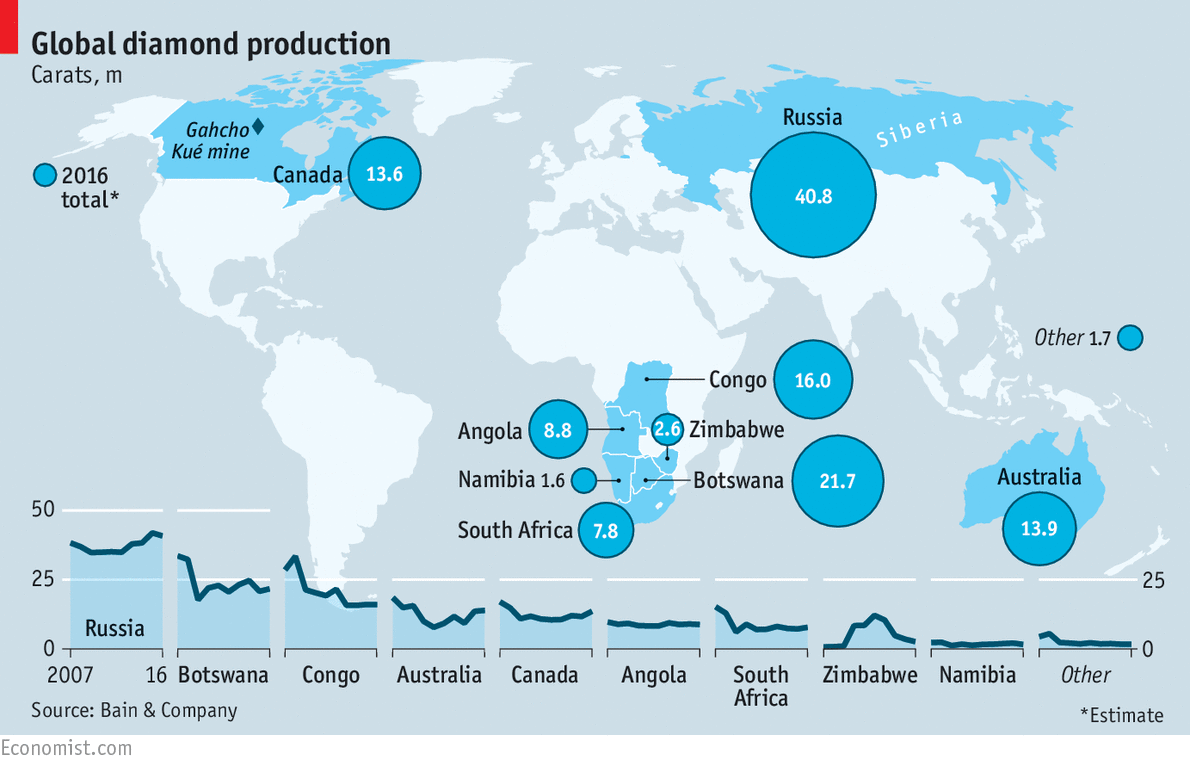